You’re scuba diving 60 ft down on a shipwreck checking out a huge goliath grouper. Suddenly you see a shadow from the corner of your eye. 20 feet away there’s a large shark checking you out. Now would be a good time to be able to tell if this is a bull shark or a reef shark or something else. Well, you are in the right place. Welcome to our Florida shark identification guide.

Types of Sharks in Florida

As you probably know Florida has lots of species of sharks. Scuba divers are often lucky enough to spot sharks on dives around the Boynton Beach area. When we encounter sharks on our scuba dives, the sharks are typically calm and comfortable. Often they will stay on the outskirts and not come in close to scuba divers. For the average scuba diver, the chances of a dangerous situation with a shark are very low. On the rare occasion that sharks attack humans, it is normally surfers, people swimming on the surface, or wading in shallow water. While scuba diving the sharks are usually more scared of us and we are of them.

At Starfish Scuba we believe that seeing the sharks naturally in their environment is the only way to see sharks. We never feed or chum. It is more exciting and more rewarding to see a beautiful shark on a shipwreck with its natural behavior than it is chumming for sharks with a large group of inexperienced scuba divers. We do not see sharks on every scuba dive in this way, but when we do see them it is all that much more rewarding. Now let’s talk about the types of sharks we have in Florida!

The bull shark (Carcharhinus leucas) Is the most infamous shark species here in Florida. These are medium-size sharks known for their sometimes aggressive behavior. Female bull sharks average 8 feet long while males are a little smaller at around 7 feet long. However, the biggest bull sharks can grow to 13 feet long or more. These sharks have one of the strongest bites of any shark, and are known for eating lots of different kinds of prey. One amazing adaptation of bull sharks is their ability to tolerate freshwater. They will often swim up rivers and other bodies of water while looking for prey. In Florida, it’s possible to find bull sharks, alligators and crocodiles all in the same water. Only in Florida!

Tiger sharks are some of the most beautiful and impressive of the Florida shark species. Tiger sharks get their name from their stripes and spots and other patterns along their back’s. Tiger sharks are the second-largest predatory fish in all of the ocean, sometimes growing to over 18 feet in length! However, they are typically very mellow and calm animals. It is very rare to see a tiger shark while scuba diving in Boynton Beach. Tiger sharks are known for their very strong jaws that allow them to eat see turtles. Damn nature! Harsh!

The great hammerhead is possibly the most fascinating and coolest of all the Florida shark species. They are certainly the most easily identifiable! These giant sharks can grow to 20 feet in length however they are usually around 10 feet long. Hammerheads are known to feed largely on other sharks. Great hammerhead sharks are protected from fishing in Florida waters and have become rarer in recent years.

Scalloped hammerheads have much in common with their giant cousins. They are also smaller usually ranging from 7 to 10 feet long. These beautiful sharks often skim their hammer-shaped head over the seafloor searching for stingrays hiding under the sand. It is thought that their hammers help them two sense electrical signals from their prey hidden beneath the sand.

Lemon sharks or one of the most common Florida shark species and are often seen on shipwrecks in south Florida. They are called lemon sharks because they can appear very gold in color, ganging to more of a grey color. They are one of the easiest sharks to identify because of their two large dorsal fins (the fins on their backs). These sharks are often called puppy dogs because they are so calm. Lemon sharks will occasionally approach scuba divers for a closer look, but they are harmless!

Sandbar sharks are another calm Florida shark that is fun to see on dives.  The sandbar shark is smaller than many other sharks and grows to around five feet long. They often travel in schools and are typically shy around scuba divers. These sharks eat fish and crustaceans crunching them in their strong jaws. They then eject the broken shells and sand from their gills.

Reef sharks are often confused with lemon sharks however they only have one large dorsal fin. They are quite streamlined and fast and cruise on coral reeves searching for fish. These sharks average six feet long and are always a treat to see when scuba diving, especially on night dives. Reef sharks are one of our favorites.

Blacktip sharks also called blacktip reef sharks are often confused with other sharks. However, they have small black tips on their dorsal and pectoral fins. They are very fast predators and mostly eat fish and squid and anything else they can find on the Florida coral reefs. Blacktip reef sharks usually feed at night.

Mako sharks are one of the fastest fish in the ocean. They can reach speeds of 60 miles an hour in short bursts. Mako sharks have frightful-looking mouths full of sharp and jagged teeth. These sharks mainly choose the open waters and are not typically seen close to shore. Mak sharks can grow to over 10 feet long that are normally seen around a 6-to 8-foot size range. We do not see mako sharks on scuba dives in Boynton Beach.

Dusty sharks are another favorite Florida shark species they inhabit the wreaths and racks typically in the Gulf. These sharks feed on smaller sharks and other fish. They are opportunistic and will also eat anything that they can find. The largest of the dusky sharks can reach 12 feet long, however, that is rare. They are normally around 6 feet long. We do not see it is the sharks in Boynton Beach.

Silky sharks are some of the most beautiful and elegant shard species that we have in Florida. These are pelagic sharks and spend their lives away from land and in the deep water. They are a very classic-looking shark species with beautiful coloring white on the bottom and darker on top. We do not see these sharks on scuba dives in Boynton Beach.

These funny-looking shark species are very common in South Florida. They are often comfortable with scuba divers and will sometimes approach divers. These sharks are easy to id because of their face barbles and flattened rounded mouths. They are usually lying on the seafloor or under a cave in the coral reef. Nurse sharks are tawny brown and can reach up to 10 feet long.

Great white sharks I’m not commonly known to live in Florida waters. However recently, several white sharks have been spotted by scuba divers or traced by scientists in our waters. When they are here they are typically passing through and state towards cooler water. These are the largest predatory fish species on earth. However, they rarely bother scuba divers and in the very remote chance that you ever see a great white shark, you should go buy a lottery ticket because you are one lucky scuba diver.

Swim with sharks in Florida?

Florida is an excellent place to see sharks in their natural environment. When scuba diving in Boynton Beach, Jupiter, West Palm Beach, or other south Florida diving areas, there is a chance you will see a shark.

There are two different types of shark diving here in Florida, those that chum and feed the sharks and those that do not. We do not practice any shark feeding or chumming.

Instead, we prefer to see the sharks acting normally cruising their home reefs and shipwrecks.

What are the most common sharks in Florida?

Nurse sharks, lemon sharks, reef sharks and bull sharks are the most common sharks that we encounter while scuba diving near Boynton Beach and West Palm Beach. We also occasionally encounter other shark species that are passing through. We always feel exceptionally blessed when we do. Observing the sharks in their natural environment is an awe-inspiring experience.

One that we hope to be able to share with you on a scuba dive here in Florida soon. 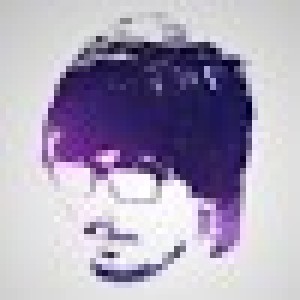 Some description text for this item 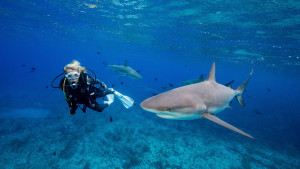